I heard today a more orderly and succinct way to practice following my HP’s will for me. A speaker said that what she does when investigating a course of action is to take a single step and then ask HP to block it or bless it. And do that at each step. Generally, if it’s not HP’s will, a very clear obstacle will appear to block that course.

That is exactly how my HP has worked for me but I didn’t have the clarity to ask for block it or bless it. Now I can! Thanks, speaker!

The other day while praying at the beginning of a work week, I had a revelation that was so astonishing to me. I pray by writing, and I was at the end of the notebook. So a couple of days later, as I began to forget what I had learned, I dug the notebook back out and reread the entry. Now I’m keeping it out so I can read it as often as I need to. Here are some excerpts.

One thing I need to ask You about. You know how I feel about annual review. My manager thinks it’s entirely normal to use the Flag Down Somebody method of training, and to take well over a year doing it. I don’t like it. For one thing it’s not my learning style. For another, and I know I’m being judgmental, it’s stupidly inefficient and wasteful! I probably need to let that second thing go because plainly the company is fine with it and the very nature of my irritation signals a desire to control.

I have choices. I probably have lots of choices but two that are obvious are:

1) Stay in this position and go all in on [software].

2) Throw myself into cloud and try to get stolen by another team.

Throwing myself into [one cloud] has not gone all that well so far. It’s really hard. And I can’t do it on my on-duty time. I have to devote that to [software]. I don’t like [software]. [One cloud] is hard. I heard [two other clouds] are just as hard. I am talking the certification exams, not the platforms themselves. …

I have such a lack of acceptance of this team. There is no camaraderie, no rapport. If I stay, could I help with that? Is that what You want of me? Does it look more attractive because it looks easier than [one cloud]? I surely could do without the stress of studying [one cloud] all the time. It’s starting to look like I should go all in on [software] and [database]. Maybe I can learn to see this (stupid!!!) training method as a period of grace and gentleness that is a gift from You to me right now. Did You do that? Did You arrange a slacker job for me so that I could recharge and recoup and get through menopause with this hormone brain and be okay? Have I tripped over one of Your blessings and failed to notice because I’ve been complaining about not being useful? Have I found my answer, then? Did You do this for me? Then I must turn my energies to [software] and [database] and make the most of this. I will cancel the [one cloud] exam. Thank You for this blessing! I am sorry I didn’t see it right away. May I make best use of it and be a help to others. Thy will, not mine, be done. Amen.

So, each day I need to remember to stop criticizing the training and the team. How can I Let It Begin With Me? Can I reach out more to team members in honest exchange? Can I greet them daily, ask questions, thank them? Can I say great things about them when they are helpful to me and skip criticizing when they are not? Can I work harder on developing the training materials that I wish existed already? Can I leave work behind when duty hours are over and instead love my life?

I believe I can do all these things. But it requires setting aside my obsessions and judgments. That’s the part I need a lot more practice with.

Thy will
Not mine
Be done

God, please
Grant me serenity
To accept the things
I cannot change

God, please
Grant me courage
To change the things
I can

God, please
Grant me wisdom
To know what
The difference is

God, May
Thy will
Not mine
Be done

Thy will
Not mine
Be done 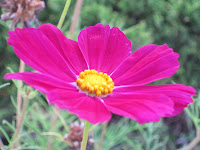 I haven’t made any serious attempts at meditation recently. I was pretty decent at it a couple of decades ago, but that’s a lifetime away. What I used to do doesn’t work for me now, at least not in the first few minutes, so I’ve been giving up.

I know. That’s pretty chicken of me.

Today, looking for meditation tips with Al-Anon flavor, I was led to 12 Steps – Think About It! This author recommended Jon Kabat-Zinn and Thupten Jinpa as good guides here, with links to episodes of American Public Media’s “On Being” with Krista Tippett. I used to listen to “On Being” every Sunday and enjoyed it a lot. My schedule is different now.

Sadly, the “On Being” website has encountered some shift, so the links were broken. Here are some of the results I found in a site search:

Edit: Here’s a boatload of guided meditations. I haven’t listened to them yet so I don’t know how good or useful they are, but there are lots!

From time to time I like to try to relate to different perceptions of my Higher Power, as an experiment. Some years ago I obtained a figure of Hotei the Laughing Buddha. Some time after that I found a nice one of Kwan Yin, which rode around on my car dashboard accompanied by St. Peter and Silent Bob. Kwan Yin survived removal from the car, while the other two did not. A couple of years later I got a tiny brass figurine of Durga. These three remain at my workplace and while I like them quite a bit, I don’t really perceive them as aspects of my HP the way I intended.

This sort of thing does not come naturally to me. The faith tradition I was brought up in involved a faceless God. Some people described Him as a very old man on a throne with long white hair and a beard, but he was verbally described this way, never depicted. the Virgin Mary was seldom depicted (except at Christmas), but Jesus constantly was. Jesus’ face was the face of divinity. But since we were only supposed to pray to God, as Jesus was the big brother savior guy and not the Creator, this left me without a visual focus for my prayers. I frequently prayed to the sky or the floor or the darkness inside my eyelids. But I’ve always been a bit envious of people who get to pray to divinities they can see.
There was a TV comedy series in Great Britain called The Vicar of Dibley wherein the minister habitually conversed with her portrait of Jesus. I liked that. I frequently converse with my Higher Power, but again, no portrait. My inner image of my Higher Power is something like a fractal – enormous and mysterious and complex with differing parts that relate to people of differing faiths, and different sub-parts that relate to different individuals. This is how I perceive a God that tends to the whole Universe and still is entirely concerned with the fall of a sparrow.
I tried printing up some pictures of fractals one time, but this wasn’t very satisfying at all.
The current phase of this experiment involves an image I found on the Internet and printed on some cardstock then stuck on my daily reader’s book cover with package tape. I looked for something specific for this image. I try to relate to female interpretations of God for two reasons: I have trouble trusting women, and it’s completely opposite to how I was raised. Here I wanted a woman who looks a bit older than me, so that I instinctively trust that she knows better than I do. Maybe in the future I’ll try a child or a teen just to play with that limitation. I wanted someone with a kind face, but not a weak one. I wanted someone whose eyes could seem loving but could also seem firm. Oddly, I didn’t find what I wanted until searching the keywords “woman” and “menopause”. Heh.
So this image went onto my daily reader, and for what-the-heck, I found some pretty images of Durga and Kwan Yin and put them on as well, so I can speak with them when I especially need strength or mercy, respectively.
So far, so good. This face is easy to talk to, though I’m not completely sure yet it works for talking to my Higher Power. My concept of a Higher Power doesn’t mind if I borrow a face for the purpose, but it takes some getting used to anyway. It was a bit easier settling my thoughts into prayer this morning. We’ll see.